A.Y. Electronics - Distribution Divisionis is a focused distributor serving the needs of the electronics OEM community in the Israel .

We represent a modest number of suppliers who manufacture semiconductors, related electronic components , electro-mechanical and IoT modules. We seek to understand their products in depth and to offer outstanding levels of commercial and technical support to our customers. 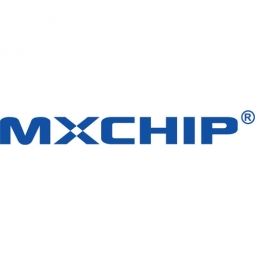 The hardware products include self-developed wireless modules, chips and gateways, software development services include APP and Cloud SaaS development. Specialized in IoT industry for decades, and collaborating with mainstream cloud platforms such as Amazon AWS, Alibaba Cloud and Microsoft Azure,

Established in 2014, XTX Technology Inc. is a high-tech enterprise committed to semiconductor chip design. The company passed the certification of ISO 9001 quality control system in 2015. In 2017, XTX was recognized as a national high-tech enterprise and received a 60 million yuan series A round funding from Shenzhen Venture Capital, then another 410 million yuan funding composed of series B round led by Sequoia Capital China Fund and B+ round led by SDIC Ventures in 2018.

Taking root in China and pursuing independent innovation, XTX is committed to become an outstanding general purpose IC design company. The company’s product planning not only covers mature memory technology route, but also has completed a multiple-aspect preparation for the novel memory in the future. Currently, the mass-production products including SPI NOR Flash, NOR MCP, SPI NAND Flash, SD NAND Flash, NAND MCP, etc., are adopted in major applications like Internet of Things,
display and touch, communications, consumer electronics, industrial.

JSC is a rapidly growing company holding strong global competitiveness in the IoT market specializing in total solutions for memory semiconductors.
JSC’s first step to success began by specializing in the development of mobile memory in year 2000 – which earned JSC recognition from countless globally renowned mobile companies regarding its technical skills. Since then, JSC has developed its own mobile SDRAM lineup and has succeeded in developing M2M, Data Card, and a variety of other NAND MCP to maintain our competitiveness within the IoT market and to become a total solution provider in the memory semiconductor field.

Thanks for your inquiry, we will be back to you soon.
Skip to content